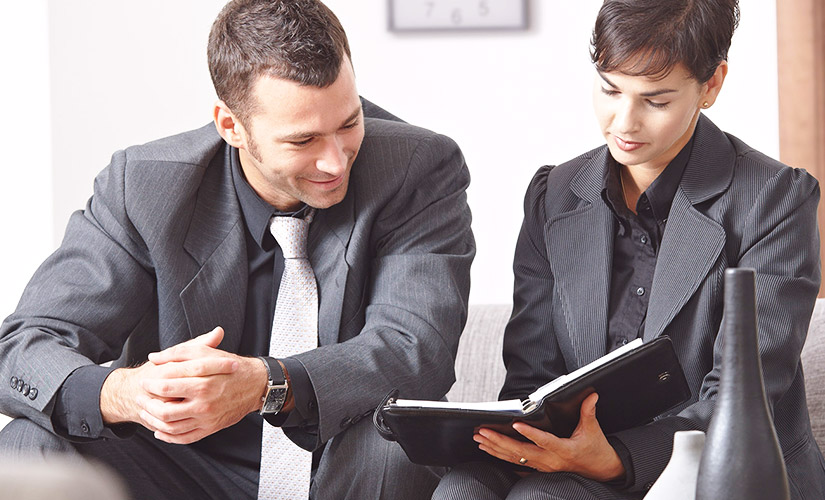 One thing I never had to worry about in Biglaw was having a client compare me to a website. I can’t recall any investment bank or Fortune 500 company calling me up and saying, “We did some googling over the weekend, and we found this website that can do everything you do for far cheaper. Now will you be kind enough to justify your existence?”

Now I get compared to websites all the time, and not always favorably. And no, I don’t mean RealBadLawyers.com, but instead I’m talking about LegalZoom, RocketLawyer, Clerky.com and the like. Especially Clerky. I once had a potential client get me on the phone and go over the Clerky incorporation documents piece-by-piece, making me state my case as to why he should pay me to draft the document instead of using the Clerky one. Though it was uncomfortable—reminded me of some of the grillings certain exes have given me — it was a good exercise in forcing me to explain my value. (It’s fairly easy to explain why someone should get an attorney to draft the initial resolutions or a restricted stock purchase agreement. I had a harder time with the 83(b) election and the Action of Incorporator, both of which are pretty simple and would take some real skill to mess up.)

You might say, well, in Biglaw the work is so sophisticated no website could ever be a substitute, whereas SmallLaw work is relatively straightforward and uncomplicated. I agree with the former but not the latter. In the same way every, say, capital markets deal is based on a previous deal and yet is different in its own way, even in SmallLaw every situation is going to be unique and have its own particular nuances. I’ve had potential clients tell me, oh, their startup is pretty standard, so they just need standard docs. Then I find out the company was formed years ago in the state the CEO’s grandmother resides in so I need to move it to DE, they’ve got three members who all came onboard at separate times and contributed separate amounts and need separate vesting schedules, the company’s name needs to be changed, and oh yeah, I need to figure out how to do a retroactive 83(b) election for them. Show me a website that can do all that!

So, how does a lawyer compete with a website? Not by price, because you just can’t match a website. My theory is we do it by not focusing on the small stuff. We can’t be looking at simple documents as billing exercises. Even without using a paid service, it’s possible to find just about every agreement or important document on the Internet, so by necessity our value has to lie elsewhere. After all, I don’t pay the person who does my taxes for IRS forms I can easily locate myself. I pay him because I trust that given his experience he’ll do a better job filling out the forms than I would, even though I could in fact do it.

But with Clerky and other websites, people are only getting the templates. Attorneys freely share documents amongst ourselves because we know the documents will only serve as a starting point and whatever the receiving attorney ultimately gives her client is going to look different — often far different — than whatever was sent. The lawyer is going to review the document in detail and add provisions that in her experience are necessary, subtract provisions that are not helpful for her client, and revise sections so that they are either clearer or more beneficial to the client. Whereas the company that just uses the straight template isn’t getting any of these well-thought-out revisions. They might wind up in court since no one added an arbitration provision or stuck with a disinterested spouse of a disabled member because there was no one to add a mandatory company buy-out in case of disability.

Since one of the hats I wear is that of a tech law guy, I subscribe to a tech listserv, and a startup founder recently lamented that he’s involved with a startup facing liability for millions of dollars in compensatory damages because they failed to run the business in adherence with regulations that could have been analyzed and explained by a competent attorney. Obviously, this person is now a big proponent of engaging a lawyer in the startup process as opposed to relying on websites. Though of course I’m always happy when he pumps up lawyers, a part of me feels like the blame is on us that he’s having to go through that, since apparently we didn’t do a good enough job convincing him of our worth beforehand.

There’s a popular meme out there (that I know I’ve seen on Facebook but couldn’t find last night—perhaps a commentator can post it?) that notes that we didn’t spend three years in law school and take out $150,000 in loans to give people free legal advice. As much as I like that meme, it wouldn’t hurt to keep in mind that the legal advice we do offer needs to be better—hopefully substantially better—than the legal advice someone can get for free or almost free from a website. One way or another, legal services clients should get what they pay for.